BIO: Having been told in his teens that he had a natural gift, Chris began studies and qualified as a Holistic-Sports Therapist in 2004. From a very young age, he had always been drawn to Asian culture, so knew instantly that he was destined to further his knowledge and training with traditional Asian massage techniques. At the age of 18, Chris roamed South East Asia and eventually settled in Northern Thailand to study Traditional Thai Massage at the prestigious TMC School. He was blessed enough to train in ancient Thai techniques perfected by the late Mama Lek Chaiya and her legendary Nervetouch system. From there he was one of the lucky few that studied Meridians and Acupuncture at Mungkala Chinese Medicine Centre, and became the embodiment of healthy-vegan living, staying in a bamboo hut within a remote Buddhist temple built beside a jungle waterfall and dabbling in Shamanic rituals.
Chris made Thailand his home, and spent 15 years living and working there, regularly performing extensive bodywork on athletes; Muay Thai Kickboxers, Bodybuilders, MMA fighters and of course gym goers, of all body types, young and old.

In 2019, Chris returned to reconnect with the UK, to write the next chapter of his journey, after what felt like a lifetime of being away. He has completed new qualifications as a Personal Trainer, in Medicinal Cannabis and CBD oil, degree level qualifications in Soft Tissue Therapy, IASTM and Advanced Myofascial techniques.

In 2020, Chris and Meridian Massage won Massage Specialists of the year (Prestige Awards, South England 2020), for his specialised on-going work with Post-Op Cosmetic Surgery & Lymphatic Drainage clients, as well as pioneering use of CBD Oil in massage treatments and blending Eastern modalities within a western approach to Clinical remedial massage. 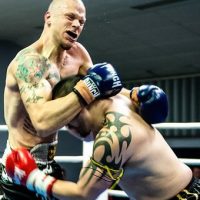 Massage in Southampton - Therapist with over 15 years experience

Wanna get in touch?

There's no time like the now to get yourself treated